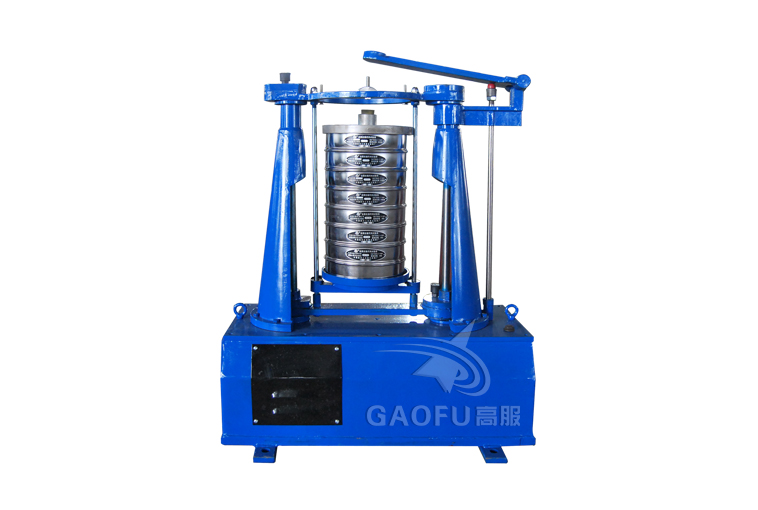 The impact test sieve can sieve a variety of characteristic material, and is suitable for the general abrasive particle size composition inspection and super-hard material production grading and particle size testing. It is also widely used in material testing and screening for geology, metallurgy, abrasive, powder, chemicals, construction cement, pharmaceutical, defense and other departments of scientific research, production and laboratories, especially for diamond, micro powder and super-hard material production grading process, it can be large frequency and high-intensity repeated use.
Impact vibrating sieve are also called impact standard sieve sometimes, it is often used as testing instruments in laboratories. Impact vibrating sieve is mainly composed of three parts: base, screen and transmission. Impact vibrating sieve can be equipped with a variety of fixtures which is flexible and strong, can be shut down automatically.

Adopt Y series three-phase asynchronous motor. The power drive the worm gear and the worm variable speed institutions movement through the coupling transmission, so that the rotating vertical shaft and the camshaft rotate respectively, causing the horizontal circular movement of the sieve and driving the jack to lift and push the slap of the slamming hammer simultaneously. Material produces a circle motion on the screen surface by force, while the striking force of the hammer hit produce jump, tumbling. Finally, the screening process can be completed according to the sieve hole size, to achieve the inspection and classification purpose.

Please feel free to give your inquiry in the form below. We will reply you in 24 hours.
E-mail: [email protected]