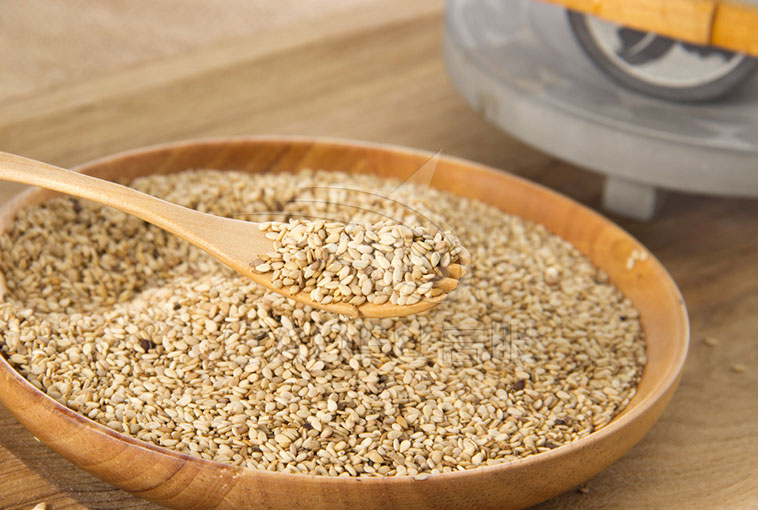 Sesame, also known as Lin Ma, Flax is a flax seed, annual erect herb, height 60-150 cm. It is spread all over the world's tropical regions and some temperate regions. Sesame is one of the major oilseed crops in China and has high application value. Its seeds contain up to 55% oil. Since ancient times, China has many colored foods and delicacies made with sesame and sesame oil. It has always been known as the highest in the world. Sesame is an oilseed crop, the oil is called sesame oil, is characterized by mellow smell, with heat can be used.

Sesame screening is generally about the sand in the sesame or sesame after the scouring in the carbon sieve out. Also, farmers who planted a small area of sesame apart from sesame and sesame seeds would dry the sesame seeds and let the sesame itself out. However, this is clearly not suitable for large-scale farmers planting sesame seeds. The heavy workload does not increase the production cost even more.
How to screen as a large-scale growers? How to carry out a screening work before squeezing oil mill? How to sort out clean sesame seeds? Through the wind selection can blow out small light broken pods, rods, powder from sesame. The wind doesn't blow out through the vibrating screen to grade, because each screen mesh size is not the same, the sesame mixture can be divided into three levels, the first level is impurities which larger than sesame, like some pods, rods, lumps, the second level is clean sesame, the third level is impurities which smaller than sesame, they are generally broken powder, sand, grass seeds and other impurities.

Please feel free to give your inquiry in the form below. We will reply you in 24 hours.
E-mail: [email protected]